In the past two weeks or so since I last posted an update, a lot has gone on, but not a whole lot has changed.  We seem to be in a sort of limbo.  Shoshana's airway is stable enough that she was moved out of the ICU onto the regular floor, but still too unstable to consider going home.

Her pain situation seems relatively well managed and stable, but this round of chemo, she has been throwing up a lot and not interested in eating or drinking enough fluids to keep herself nurtured and hydrated.

Before she moved out of the ICU, they were going to give her a tracheostomy because her vocal cords were still not moving.  In preparation, they did a bronchial scope, and saw her vocal cords moving well enough that they called it off. 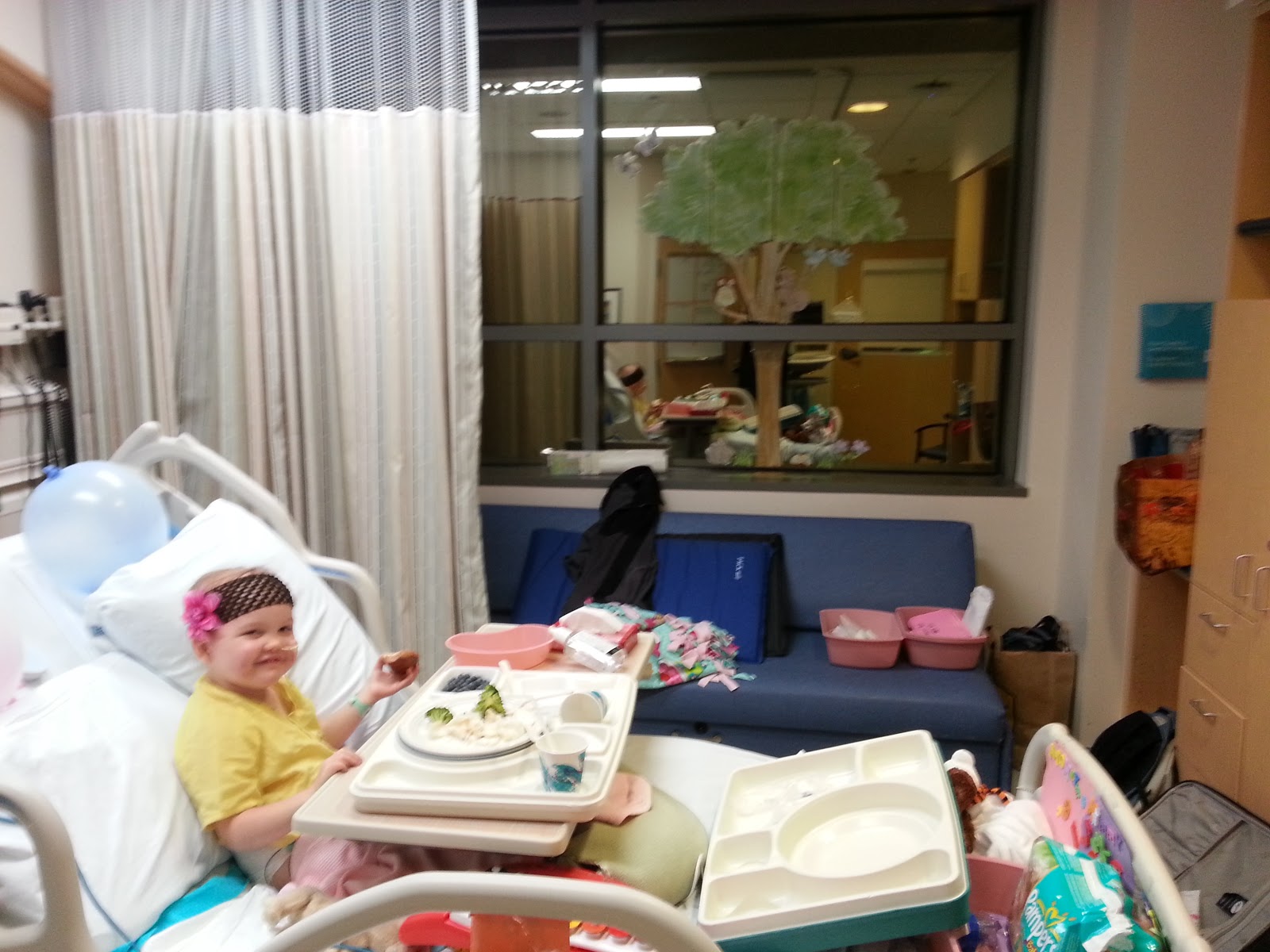 Later under anesthesia, they did a scope further down, and observed swelling just below the vocal cords.  Swelling that has no explanation, and is constricting her airway such that her need for the BiPAP while asleep has not diminished.

The new plan is the old plan:  tracheostomy, scheduled for Monday at 4:00 PM.  They will of course do a scope immediately before the operation, and if the swelling has gone down significantly, they may call it off again.


Here is what is currently keeping Shoshana inpatient at the hospital:


A tracheostomy comes with its own set of complications, but it is expected to immediately give her relief from her airway obstruction, and prevent future nerve damage and swelling issues from causing problems getting oxygen to her brain (and everywhere else, for that matter).

She will need to be in the ICU for at least a week after the procedure, and it will be weeks before going home will even be a possibility.

At the hospital, Shoshana has settled into a sort of daily routine.  Breakfast in the morning, followed by bike riding and playing in the music room, and then arts and crafts-type activities until lunch.  After lunch, play some more, and then nap for two to three hours on average.  Dinner, another bike ride or so, and then down to bed.  This is of course punctuated by visits from family and friends, as well as all of the interruptions that hospital life is made of.  We have been reserving DVDs for when she needs distraction from pain or discomfort (or the occasional sanity break or snuggle time).


Now that we're out of the ICU and back on the cancer floor, we have had a series of roommates (though as I type this, we are alone).  Shoshana has thoroughly enjoying the interaction, though at times, we have had to temper her enthusiasm to let, for example, her 8-year-old roommate have some big-girl time with her friends, or keep her from bossing around other patients' family and friends.  Shoshana is the epitome of precocious, and we are doing our best to teach her how, and encourage her to be polite and respectful to others.


"Unless the Lord builds the house,
They labor in vain who build it;
Unless the Lord guards the city,
The watchman keeps awake in vain."
- Psalm 127:1 (NASB)